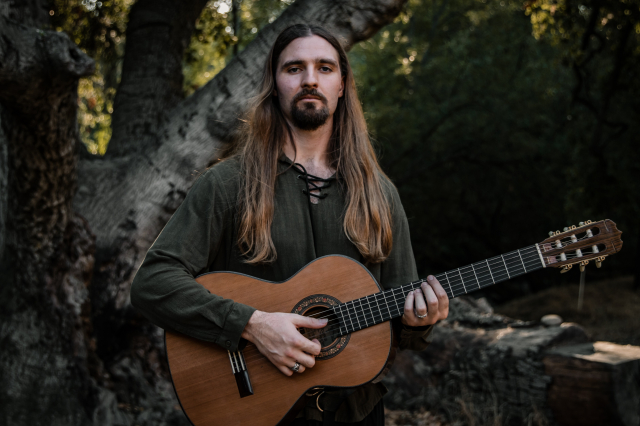 Has always been fascinated with folklore and mythology as well as eclectic, passionate, and virtuosic music styles. A rediscovery of a forgotten ballad book cast aside in a relatives garage gave Randall with Elise the inspiration for the creation of The Unquiet Grave. The initial inspiration was to rewrite the old ballads and stories with new music so the music would follow the mood and emotions of the story rather than the traditional song form structures.

As he continued to rewrite old ballads they expanded their repertoire to include not only old english ballads, but also traditional folk song arrangements, adaptations of medieval, renaissance, and baroque composers work, original songs with lyrics inspired by mythology, john dowland lute song arrangements, and even covers of modern songs where they rewrite the lyrics to sound "old timey". This development has established their sound as tavern song mixed with art song, old mixed with new. The Unquiet Grave uses a mix of renaissance style and modern instruments, on any song Randall might play classical guitar, electric guitar, lute or hammered dulcimer.

Randall achieved his BA in guitar performance and compostion from CSU East Bay, where he studied under Marc Tiecholz and Jeffrey Miller. 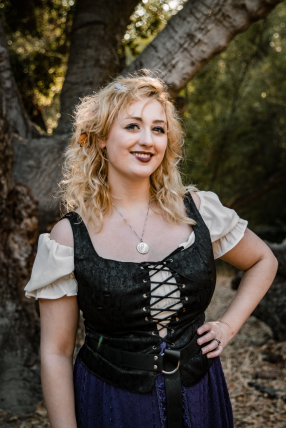 Elise has training in operatic, classical, and contemporary theatrical techniques and has developed a singing style that incorporates those various styles.

She uses her stage and acting experience to bring the characters and stories to life in their performance. She also enjoies knitting and creates hats, scarves, sweaters, pouches, and other jewlery. 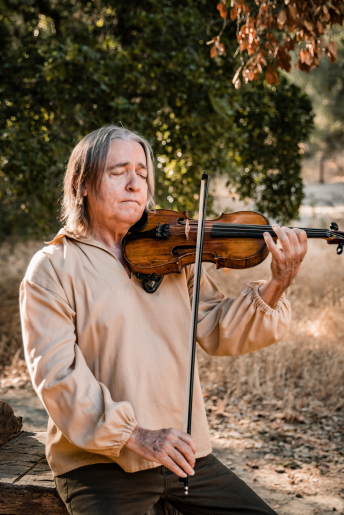 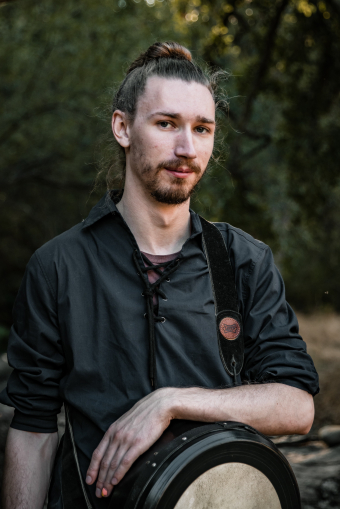 Tom graduated from CSUEB in December of 2016, where he studied Classical Percussion Performance and Composition with Artie Storch and Jeffery Miller, respectively.

Phoenix Thanatos plays flute and piccolo for The Unquiet Grave. He studied flute at CSU East Bay, he gigs throughout the Bay Area and also teaches flute in Tracy 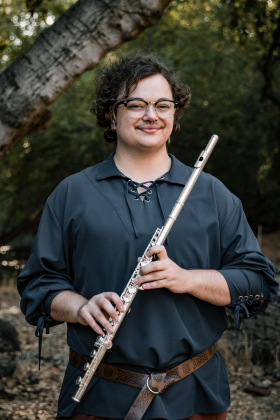